"Every good day begins with a great cup of coffee." 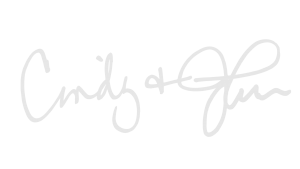 We believe that a really good cup of coffee is one of the greatest pleasures in life. Coffee can make any moment better. Mornings begin with the comfort and warmth of coffee, afternoons are energized by it, and evenings are enhanced by its aroma and flavor. Coffee’s a part of our lives–it’s there in the quiet times, when we catch up with friends, or linger around the dinner table. We enjoy coffee at home, at work, on the road, and beyond. Why not enjoy freshly roasted, incredibly smooth, flavorful coffee created just for you? We invite you to experience our artisan roasted coffee. We won’t roast it until you order it, because coffee is meant to be enjoyed soon after roasting. We hope you love our coffee as much as we do.

Our Bag, Your Label

Each Salter Bros. Coffee Roasters bag is customized with a label to include your name, your company name or logo, or any name you choose. Enjoy it yourself, or give as a gift. Your coffee arrives in an airtight Ziploc stand up bag with a one-way valve to release coffee gases, maintaining optimal flavor and freshness. Go ahead and give the bag a squeeze—experience the rich aroma of freshly-roasted coffee. Each bag contains 12 ounces of coffee, whole bean or ground, and yields approximately 30 6-ounce cups of brewed coffee, depending on your preference for strength and preparation mode. To maintain maximum flavor, we recommend storage at room temperature in our bag, resealing after each use. Storing in the refrigerator or freezer may allow your coffee to absorb odors or moisture that may affect the flavor. If possible, grind beans immediately prior to brewing for maximum flavor and freshness. We’re happy to grind upon request immediately after roasting.

We carefully select only the highest quality green coffee beans from small farms in regions from around the globe. This “micro lot” concept ensures well-managed growing, harvesting, and packaging processes to protect the beans prior to arriving at our roasting facility.

Each batch is hand-roasted and packed, never mass-produced. “Micro-roasting,” or roasting in small batches with our custom method, allows each bean to roast evenly to perfection, never burned or over-roasted. We carefully oversee the process for quality assurance.

For those with a Keurig machine, we offer single serve, refillable and reusable pods and recommend selecting the “Keurig grind” when ordering.

In 1994, John and Cindy married in Cherry Hill, New Jersey, and later settled down in Arlington, Texas. John, an east Texas boy, and Cindy, a Jersey girl, have enjoyed raising their children, spending time with family and friends, and always starting their day together over a cup of coffee.

John’s parents instilled in him the importance of a strong work ethic of honesty, integrity, and treating everyone with respect. He began working on a loading dock in his home town of Houston, Texas, eventually moving to North Texas and going to work in the coffee business for a large company for over 17 years. He loved the industry and the satisfaction of providing good coffee, and decided to create Salter Bros. Coffee Roasters to offer something unique.

Cindy started her career as an attorney, later married and became a stay-at-home-mom, and more recently, worked as an event planner and fundraiser for their children’s performing arts school. Her love of coffee goes back to her childhood, with memories of her dad savoring what he described as the best coffee in the world in local Greek diners. There was something about the flavor and aroma of that coffee experience that stayed with her over the years.

When John founded Salter Bros. Coffee Roasters and roasted his very first batch of coffee, he ground and brewed it within hours. What resulted was a rich, fresh, and unforgettable cup of coffee that he and Cindy wanted to share with others.

Excellence
Excellence in all areas, including coffee sourcing, production, and product offerings, with unwavering and uncompromised customer service.
Respect
Respect for the coffee growers, farmers, quality control teams, roasters, employees, suppliers, and consumers.
Knowledge
Knowledge of the industry, global resources, craft, coffee origin countries, as well as coffee brewing and approaches to preparation, with sharing of knowledge for a more educated consumer.
Community
Community involvement, in the local and national channels, creating and engaging in a synergy with other companies both large and small, and serving and giving back to the community.
Previous
Next

Each bag has a personalized “roasted exclusively for” label, so you select the message, name, or logo you’d like to include on your bag. You decide-and we’ll create it.

Discount pricing of $11.99/bag, minimum purchase of 15 bags, with additional bags ordered in increments of 5.

All labels printed in black and white, and subject to size limitations.

We’re here to help. Contact us at info@salterbroscoffee.com to ensure the accuracy of your gift order.

Join our Coffee Club for FREE